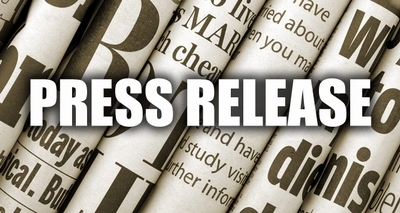 Mission Statement: To provide an educational platform from which the world skating community can learn from experts; about their equipment and how it affects their health and safety throughout their skating career.

Geppetto’s Skate Shop and Mr. Edge welcome journalists, writers, bloggers, TV, press, and other media personnel to our website. Here you will find information about us and what we do to create a healthier environment for skaters around the globe.

Mr. Edge and his Medical Advisory staff are committed to creating a healthy and safe skating environment via training seminars and other media outlets by providing information which will help prevent unnecessary figure skating injuries.

At Geppetto’s Skate Shop we don’t sell skates for a living, we fit them to a specific shape of foot while at the same time educating the consumer about their equipment. Unlike other shops that make sure you leave with a pair of skates the same day, Geppetto’s makes sure a skater is provided with the proper boot and blade for ones current skating level.

“Anatomy of a Figure Skating Injury” addresses the vital need for education, injury prevention, and the resulting performance enhancement that skating coaches and their students can gain from the information in this book.

Podiatrists, physical therapists, and others in the medical field now have a new tool with which to diagnose the most likely cause of figure skating injuries and the steps they can take in preventing them from happening again.

Meet the man who is “Changing the Way the World Skates!” 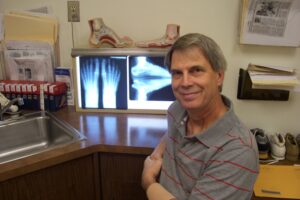 John Harmata, a.k.a. Mr. Edge, was born and raised in Chicago, Illinois. Working part-time had allowed him to pay his way through college, where he earned a degree and certification as an X-ray technologist.

While serving his internship in X-ray, someone in the skating industry who was familiar with his background and medical training encouraged John to consider entering the skating industry. This person would eventually train him in the basics of running a small business, including fitting boots, mounting blades, and blade sharpening. After that, it would be up to John to determine his own future in the industry.

As an X-ray technologist working in the emergency room, surgery and in individual units using a portable X-ray machine, John learned easier, more effective ways of doing things. Applying his medical training to his business practices, John discovered an easier, more accurate way to fit boots, mount and sharpen blades. Applying the knowledge learned from his skeletal anatomy courses, John quickly realized the importance of properly preparing the boots for mounting, and as a result saw a decline in the need for remounting blades and common figure skating injuries; apparently the result of bad fittings and mountings.

In order to prove his findings were correct, John applied Newton’s Third Law of Motion: for every action, there is an equal and opposite reaction. Using this principle, John was able to observe the effects of force from the interaction of two objects: the skate and the foot. After several months of trial and error, John finally developed an accurate system for fitting boots, mounting and sharpening blades. His newly developed techniques resulted in reduced skating injuries and overall improvement in skating technique development.

While attending numerous skating competitions and trade shows, including Worlds in 1987, it became apparent to John that something more could be done to reduce the amount of injuries to which figure skaters are prone. In the years that followed, John began submitting suggestions to boot manufacturers on ways to improve the overall fit and comfort of their boots.

In the fall of 2001, a member of U.S. Figure Skating heard about John´s work and asked if he would be interested in contributing an article to SKATING magazine. During the next 11 years that followed, John’s “Ask Mr. Edge” column was featured in SKATING magazine.