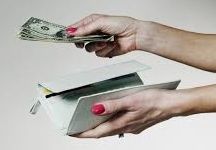 Back around 2006, there was an article in the Wall Street Journal which seemed to be placing blame on the boot manufacturers for many of the injuries ice skaters often encounter. For any one who’s been around this sport for as long as I have it’s rather obvious that there had been very little to no research done before writing the article.

Allow me to set the records straight on just why there are still so many injuries to figure skaters. Keep in mind that most injuries don’t happen overnight. They take time to develop.

Let’s start by going back 35 years or so and look at how boots were made, the amount of support in them, and what skaters were doing in the way of jumps, etc.

Now here’s something to ponder…with little if any off ice training, how did skaters build up strength in their upper body, legs, and ankles?

Pay close attention now, as I attempt to explain in some detail, what led up to all the injuries that skaters in our sport most often encounter, while at the same time answering the above question.

When doing patch (figures) a skater was forced to control their upper body, legs, and ankles in order to properly perform well on patch. Most often used skates (those that by today’s standards would be considered broken down and useless) were used. If the boots were too stiff, a skater would not be able to bend enough in their skates to be able to control their figures. Along with the bending motion came movement. This constant movement is what toned up all the muscles in the body.

Back then skaters had larger calf muscles due to the constant bending motion. It is this type of exercise that allowed skaters to bend freely in their boots, thus building up great natural ankle support. Skaters did not need to rely on a very stiff boot for support. They were able to skate comfortably in what they had.

Now let’s fast forward from there……….as the sport progressed, skaters were required to learn more difficult jumps and were able to acquire more ice time for practice. Both parents and coaches started to express their concern that the skating boots weren’t supportive enough and that they needed to be replaced far too often. In answer to this, boot manufacturers started adding in more support to their boots. As the years went on, this cycle was repeated time and time again, with no one realizing the long-term effect it would have on skaters. Of course, it wasn’t ever expected that kids would be required to do far more in a much shorter time period.

So here we are today with boots that for the most part are overly supportive! Why? First, there are far too many parents who expected (some because of cost and others because of growing feet) that boots should be made to last much longer and that it was ok to buy boots large enough for kids to grow into. Secondly, it was thought that a more supportive boot was required for the higher levels of skating because deep creases started forming in the boots and skaters not being able to land their jumps any longer.

Well folks, nothing could be further from the truth! Look at it this way………if you have your entire arm and hand in a cast for several months and then take away the cast, do you think that you could throw a baseball with the same speed as before being casted? Do you think that you could pick up a pen and write as neatly as before, or type as easily and fast on your computer? The answer is NO! You need to build up your arm strength again. So, it goes with the ankle joint, which by the way is what absorbs all the shock when landing jumps. If you immobilize the ankle and foot (by means of being in too supportive a boot), other parts of the body must take over and help absorb the shock………knees, hips, and lower back.

So why do boots break down to quickly? To answer this, we must first realize that there are far too many inexperienced people fitting boots. Also keep in mind that there is no school or facility for training skate technicians. For the most part, it’s learn as you go.

Most importantly, however, is that there is no one brand of boot that will fit every foot. A boot doesn’t have to be too long on someone for it to breakdown prematurely. The length could be just fine, but most importantly, it is the fit in the heel and ankle area that makes the difference between feeling really good and holding up much longer than expected, or having an on going breaking in problem, not to mention the ankle soreness, or any other problems directly related to the boots.

Now that the skater has been skating in too stiff a boot for so many years, they have developed heel spurs, ankle calcifications, tendonitis, no ankle strength, etc……Let’s not forget to mention the knee, hip, and lower back pain.

So, what’s a skater to do now?

Well how about a softer boot? Not quite. After having been in too stiff a boot for so long a skater usually feels very insecure because they lack the natural ankle strength and support that should have naturally developed from constantly flexing the ankle.

Ok, now what? How about buying a better fitting boot with less support? What if a skater breaks it down in 6-7 months? Isn’t it better that they skate comfortably and avoid all the pain and suffering? Let me share with you some costs on just how inexpensive it is to purchase 2 pair of boots per year as opposed to all the doctors and physical therapy bills that pile up so quickly.

Let’s first set some guidelines so as not to make it seam as if this applies to all skaters at all levels. There is a certain amount of time and level of skating at which these problems start and quickly escalate. Size and weight of the skater is very rarely an issue. It’s mostly in the fit of the boot…….

Average cost of an intermediate pair or freestyle skates:

Prices will vary pending make and model of boot and blade. Price difference between kids and adults is anywhere from $40.00 – $100.00 (Custom boot prices will add more to the average cost)

Average cost for a hi-test pair of freestyle skates….again, prices will vary pending make and model of boot and blade. This time I’m going to use adult pricing and include an average custom boot price.

Now let’s look at the medical costs involved with a minor injury.

The costs above do not take into consideration the following:

The costs for an injury to the knees, hips, or back will be much higher, especially the MRI and other costly radiological exams.

Remember that the second time around a skater would only be replacing the boots and not the blades.

So, what do you think now? May I recommend the following in order that your child skates comfortably and pain free for most if not all throughout their skating career:

You can be rest assured that all the boot manufacturers make a quality product and that someone will make just the right boot for your skaters’ feet and skating level. However, finding someone to figure that out could be like searching for a needle in a haystack.

Good luck to everyone,